via The British Library Asian and African studies blog, 21 March 2018: 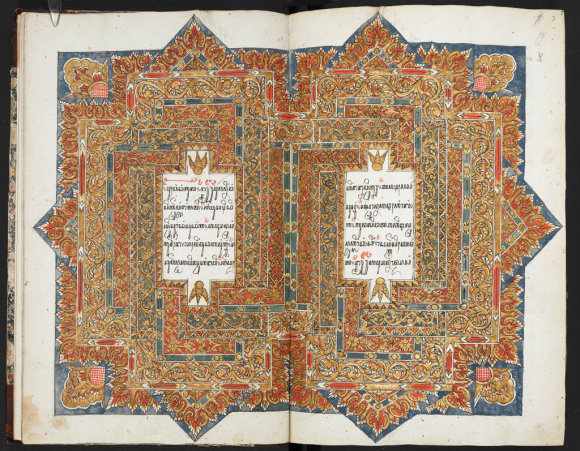 The 75 Javanese manuscripts to be digitised include 70 known or believed to have been taken by British troops following an armed assault on the Palace (Kraton) of Yogyakarta in June 1812 by forces under the command of the Lieutenant-Governor of Java, Thomas Stamford Raffles, as well as five other related manuscripts. The manuscripts primarily comprise works on Javanese history, literature and ethics, Islamic stories and compilations of wayang (shadow theatre) tales, as well as court papers, written in Javanese in both Javanese characters (hanacaraka) and in modified Arabic script (pegon), on European and locally-made Javanese paper (dluwang). Some of these manuscripts are by now well known, such as the Babad bedah ing Ngayogyakarta, Add. 12330, a personal account by Pangéran Arya Panular (ca. 1771-1826) of the British attack on the Kraton and its aftermath, published by Peter Carey (1992), and the Babad ing Sangkala, ‘Chronogram chronicle’, MSS Jav 36(B), dated 1738 and identified by Merle Ricklefs (1978) as the oldest surviving original copy of a Javanese chronicle so far known. Peter Carey (1980 & 2000) has also published the Archive of Yogyakarta, two volumes of court documents, correspondence and legal papers. However, many of the other manuscripts have never been published.

The archaeology of Raja Ampat

The shell currency of Papua