The Apsara Authority reports a rise in tourist revenues for entry into the Angkor Archaeological Park year-on-year to the end of October. 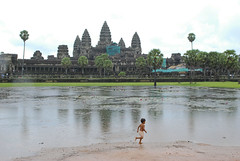 The Phnom Penh Post quoted Director General Bun Narith as saying that political stability, good security and economic recovery had led to an increase in tourists visiting the temples, but he did not give exact revenue figures.

Bun Narith said most tourists visiting Angkor Wat this year were from the region such as Vietnam, Singapore and South Korea, but the number of tourists from Western countries was growing slowly.

[Talk] What to do About Lidar in Archaeology? A View from Southeast Asia