FTK: under-used funds and over-hyped reburialThe Fort Tanjong Katong article by Jeremy Au Yong in 9 April’s Sunday Times gave an update-of-sorts on the status of the site, and it led to a couple of posts about it from the blogosphere, notably here , here and here. There’s a sense of indignation over how the excavation seems to have lost steam after huge publicity a year and a half ago. After all, it was one of the few local excavations with a good deal of publicity. More significant was that FTK was the third major archaeological excavation in Singapore, and it was supported through a community campaign. It was interesting to note from the Sunday Times article that out of $200,000 raised for the fort, $150,000 was “ploughed back into bursaries and scholarships for the constituency’s students and the PAP Community Foundation”. In effect, less than half of the money raised for the archaeological excavation of FTK was actually used for archaeological excavation. With that kind of money, surely something more than a temporary (and flimsy) barricade can be erected? And what about publishing the results of the excavation? Another recurrent theme was the need to preserve the fort. The reports make it seem as if there’s an intact fort around. This is not true. Only the bastions remain and the base of the main fortification wall, including what probably was the drawbridge section of the wall. Nope, there isn’t a lot of the fort left save the intact bastions. Much of the interior of the fort has also been replaced by what is now Katong Park and test pits excavated to uncover the turret areas came up dry. As you can see, the playground, fitness centre and the washroom sit squarely over where the guns would have been: 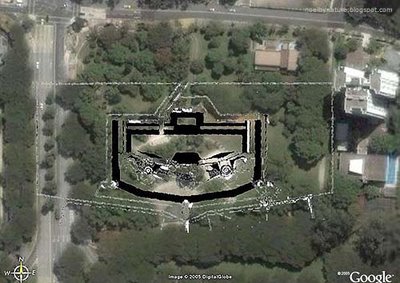 That’s the plan of the fort in 1885, when the guns were upgraded. The fort was built in 1879 and designed by Henry Edward McCallum, who was the Colonial Engineer and also architect of the Singapore History Museum on Stamford Road. The fort’s original intention was to fend off seaborne attacks on Singapore Town from the east. Unfortunately, this was a feeble attempt on the part of the British. The fort was largely seen as way of placating the merchant community – in reality, the guns that were outfitted on the fort were not standard British artillery issue which made acquiring ammunition a problem. On top of that, the land on which the fort was built was too sandy, which made it necessary to recalibrate the cannons after every shot. And, on the last day of 1890, one of the two 8-inch guns burst during training! Needless to say, FTK had a dubious reputation in its day as “The Wash-out Fort”. Eventually it was abandoned and demolished between 1901 – 1910 and then it disappears from historical record. It’s not an intact fort – and even when it was it didn’t do its job very well. So what is the historical significance of the fort? One important significance was FTK was the training ground of the Singapore Volunteer Artillery formed in 1888 with (the same) Major H.E. McCallum as its first commanding officer. The SVA is in fact the first local army unit, and the SAF artillery – which prides itself as the oldest formation of the SAF – recalls this connection through the shared motto, In Oriente Primus. What about its archaeological significance? Unfortunately, there isn’t much of the original fort left, save for the surrounding wall and bastions. The SE bastion was excavated but the SW one was left untouched, hopefully for future archaeologists to discover: 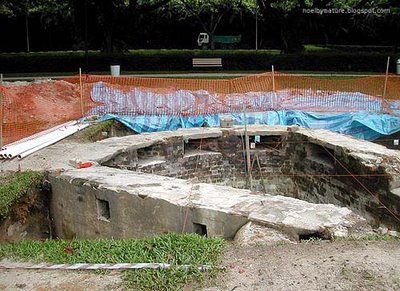 One of the biggest mysteries surrounding the fort is nobody knows what it actually looks like! Besides the 1885 plans and some artist impressions at the park, New Paper and now the recent Straits Times there hasn’t been a picture of the actual fort when it was up. The biggest mystery involves the biggest finds: the bastions that have been uncovered don’t actually correspond to the plans! 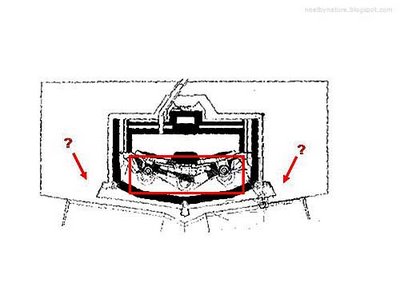 Note the pointy bastion protrusions at the SW and SE corners. Very unlike the horseshoe-shaped structures that were excavated. So that’s another mystery that can be looked into for future generations of military architects and historical archaeologists. For now however, it’s really a good thing that the exposed pits have been reburied – they’ve survived for a hundred years, and they’ll probably survive another few hundred years if they’re protected from the elements.