We’ve got a lot a stories from Malaysia in this week’s edition of Rojak – from the World Heritage Sites of Malacca and Georgetown, to the fates of some of the orang asli (aborigines) and the aftermath of the culture theft incident. 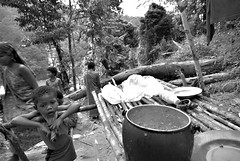 
In this series of occasional rojaks (published on Wednesdays) I feature other sites in the blogosphere that are related to archaeology in Southeast Asia. Got a recommendation for the next Wednesday rojak? Email me!